You will find further useful information regarding Dr. Lonie’s specific areas of expertise on the following websites:

There are a number of films, television programmes and publications useful to families and carers of people affected by dementia. These include: 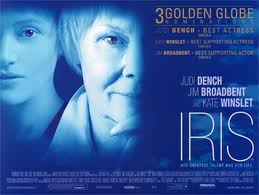 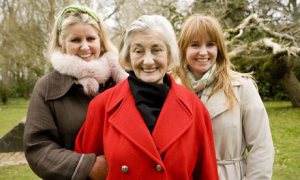 Mum and me (2008)
TV Documentary  –  59 min
Filmmaker Sue Bourne’s mother has Alzheimer’s and now lives in a nursing home in Scotland. For the last three years Sue, and her daughter Holly, have been filming with Sue’s mother. Their film is a funny, charming, quirky and sometimes harrowing record of how the family have fumbled along trying to make sense of the disease. 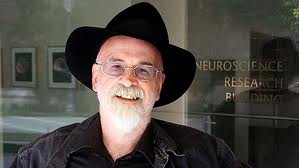 Terry Pratchett: Living with Alzheimer’s (2009)
BBC TV Documentary  –  118 min
Bestselling author Sir Terry Pratchett is 60 years old and has early-onset Alzheimer’s disease – but he is committed to tackling this terrifying illness head on. Terry confronts his uncertain future and faces living in a world, ultimately, without words. Following Terry’s progress through his first year with Alzheimer’s, he explores some cutting-edge science and often quite weird treatments. He also reveals what it’s like to be diagnosed with the disease and how it is already affecting both his personal and public life. 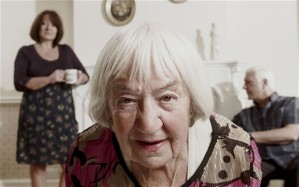 Granny’s Moving In (2012)
BBC Film – 60 min
With costs of retirement homes rising, more people are choosing to take on the care of elderly relatives in their own homes. Sue and Phil Carroll have decided they have to do something about Sue’s 83-year-old mother, Peggy. Paddy Wivell’s film follows them as they try to manage an octogenarian who has become as difficult as a teenage daughter.

A 90-year-old manfriend, a passion for dancing, a love of night life, and a cavalier determination to enjoy herself at all costs mean Peggy is out on the town while Sue and Phil are repeatedly left worrying about her safety. After a few stressful months of them all living together under one roof, Sue and Phil alight upon what they hope will be the perfect solution to their lives – a garage conversion designed to give Peggy her independence and them their peace of mind.

Coping with Dementia – a practical guide for carers
by NHS Health Scotland and featuring Dr Lonie in a cameo role!
‘Coping with dementia’ is for people caring for someone in the middle to late stages of dementia. The films will help you understand dementia and learn from other carers’ experiences.

NB. The information regarding law, social security benefits and helplines in these films is designed for  residents of Scotland and may not be relevant to Australian residents.